Biography:
Bob Kroeger started playing competitive croquet at age 11, and since 1984, has been professionally involved with the sport. His many competitive achievements include two National Championships as well as several Regional and Invitational titles. Bob was a member of the United States National Croquet Team from 1988 - 1993, competing in the prestigious 1993 MacRobertson Shield event then held in Australia. In 1999, he was inducted into the Croquet Hall of Fame. He is currently and has been for several years, the Director of USCA 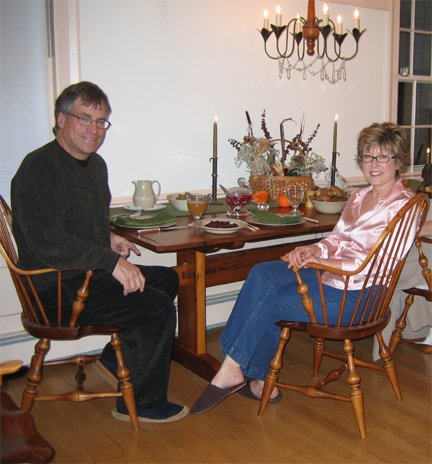 Instructional Schools at the National Croquet Center in West Palm Beach, FL. Currently, Bob concentrates his efforts on promoting all forms of the sport, specifically, tournament six-wicket croquet and competitive nine-wicket backyard croquet. He is featured with croquet pro, Teddy Prentis, in seven instructional videos -- two on shot-making, four on strategy, and one on backyard 9 wicket croquet. All of them are on DVD. Bob is also the author of the Official USCA Shot-making Manual along with a comprehensive three volume set of Croquet Strategy Books he wrote with Teddy. When not involved in croquet, Bob is a freelance musician, videographer, photographer, photo restorer, and recording engineer on Cape Cod. His audio recording website is Cape Recording . My current interest is in bird photography. Here is a site with some of my bird photos. I also review photo editing software from the German company Franzis. But most importantly Bob LOVES spending time with his WONDERFUL wife Deborah and their cat Nettie!